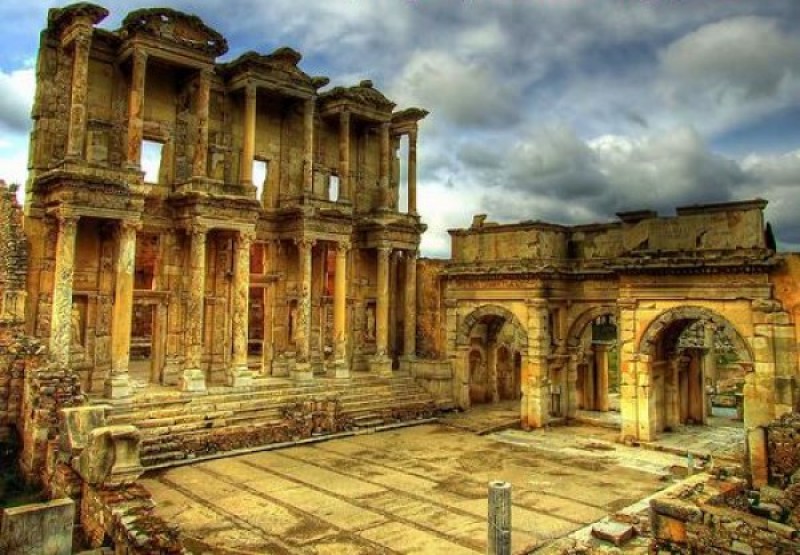 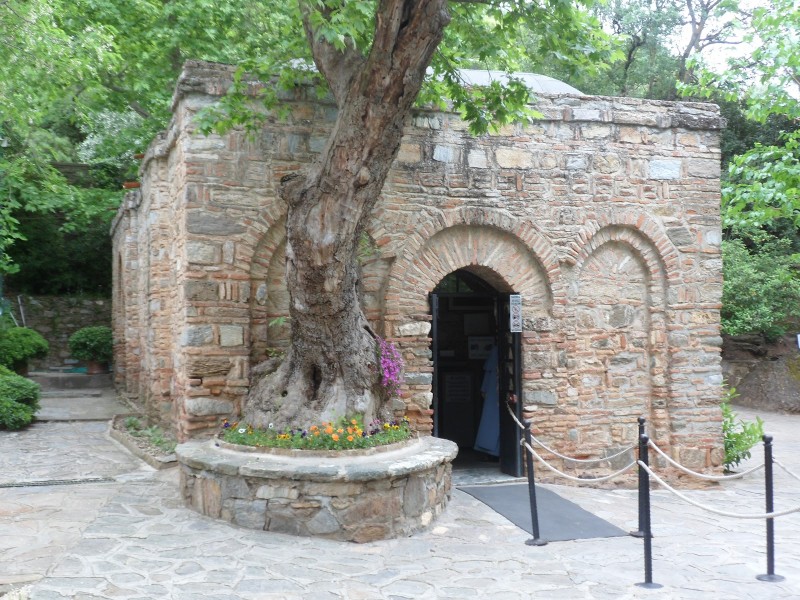 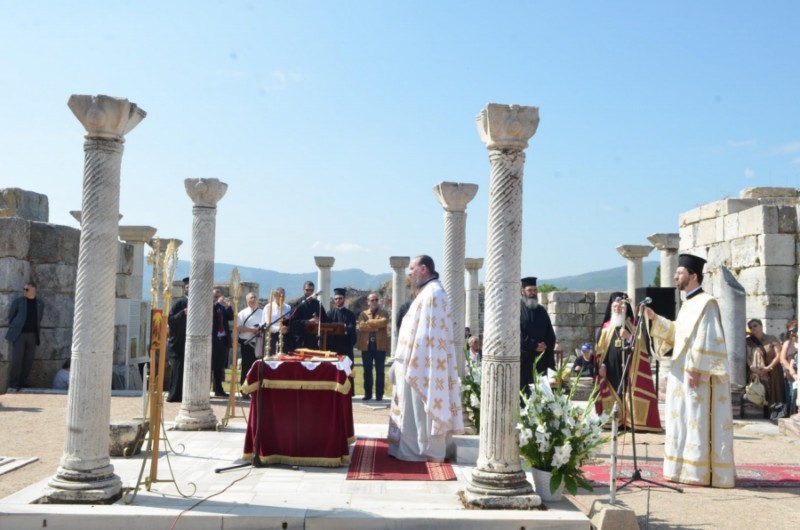 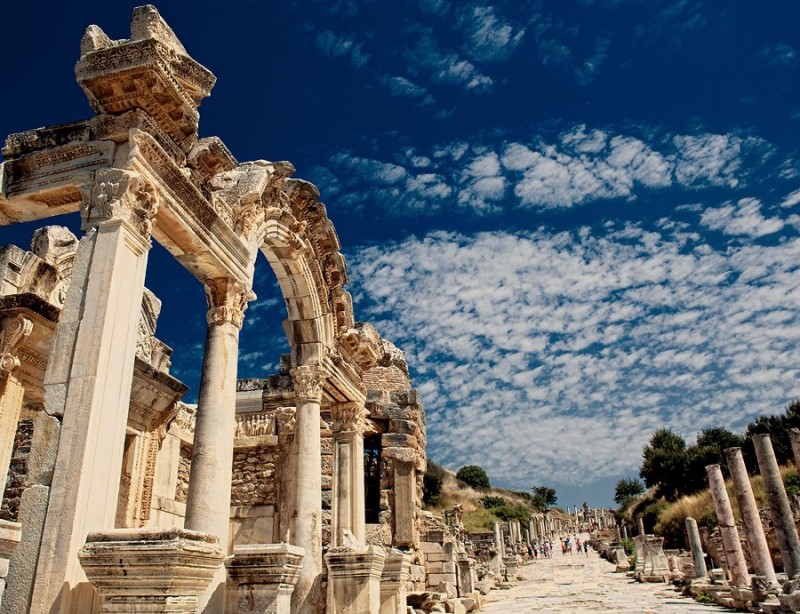 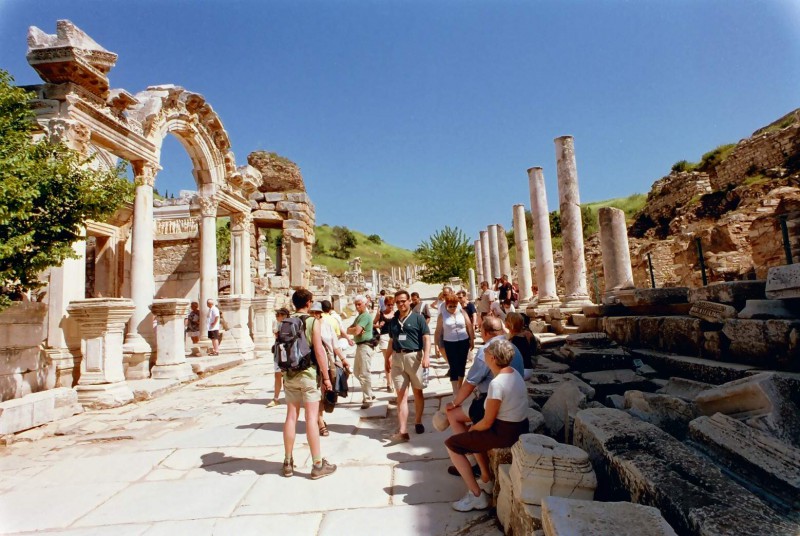 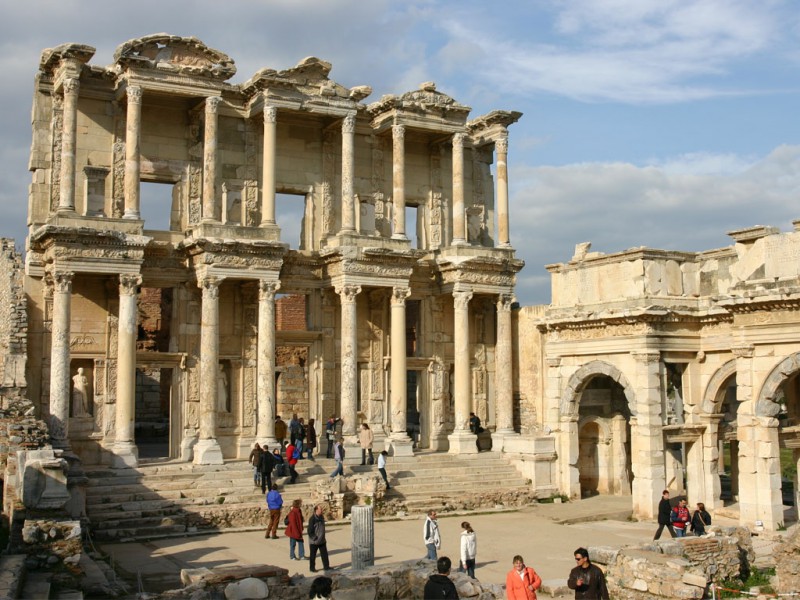 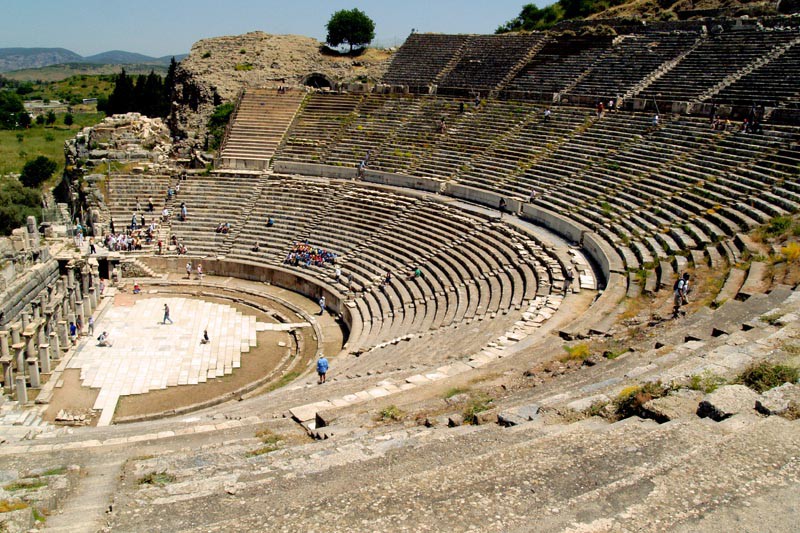 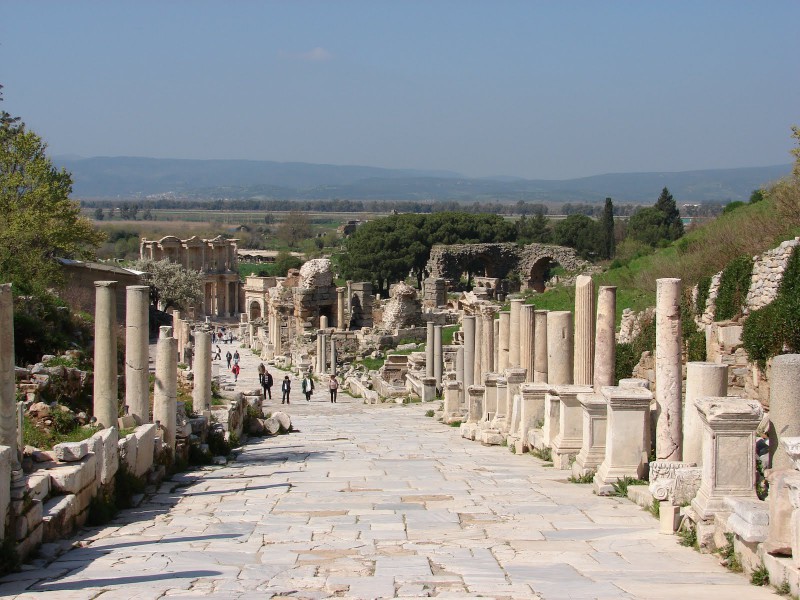 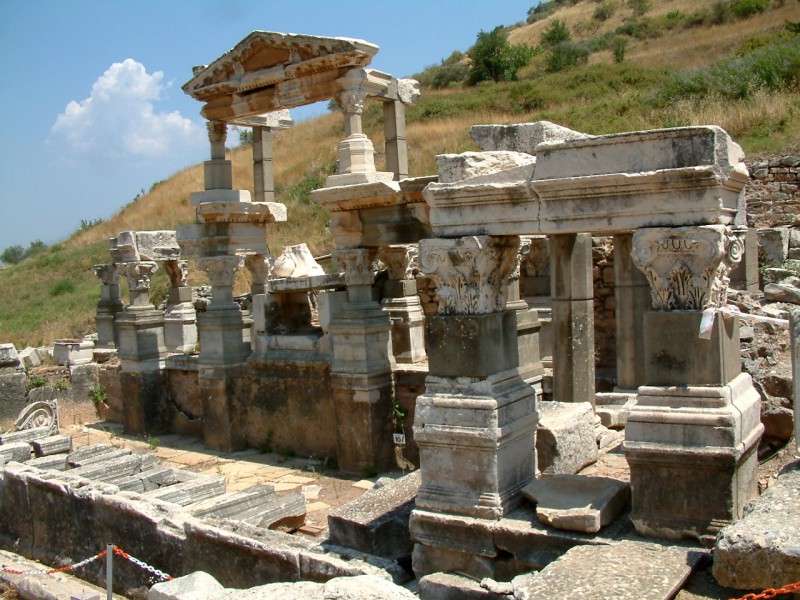 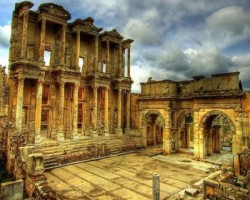 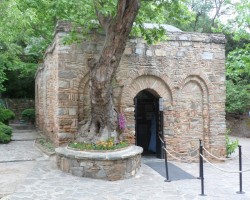 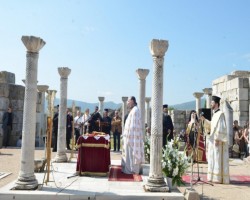 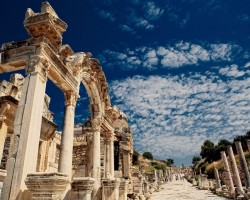 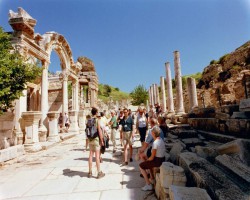 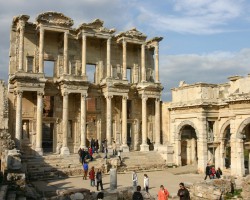 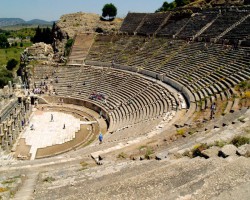 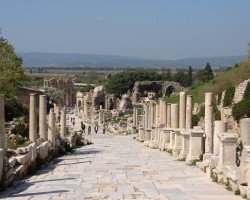 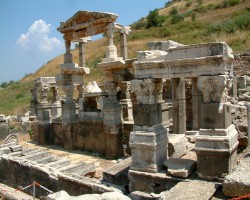 The history of Ephesus stretches out like a landscape, from its hazy and distant beginnings veiled in myth, to its later glory, as the Roman Capital of Asia. The name "Ephesos" was probably derived from the word "Apasas", the name for the site in the late Bronze Age. A pre Greek name, most likely meaning bee, it is strongly supported by the popular symbolism of that most famous of goddesses, the Ephesian Artemis.

Your Ephesus guide will meet you at your hotel in Kusadasi. The guide will hold up a sign with Siba Tours logo on it. We Leaving the colorful town of  Kusadasi behind , you will pass throught the verdant countryside before  arriving at Ephesus.

In The Full Day Tour, Our first Stop is the Virgin Mary’s House you will drive nearly for 25 minutes. After the visit which approximately takes 45 minutes, driving down to the Upper Gate of Ephesus Ancient City.

Ephesus tour is starting with your local Ephesus guide, walking tour will take you throuht one of the most magnificent excavations in the world. See the Odeon,The Fountain of Trajan, the five terraces of apartment houses, the stream baths of Scholastika, the temple of Hadrian and impressive library of Ephesus. The library is adorned with columns and statues. The Grand Theater, where Saint Paul preached, is the largest theater is antiquity with capacity of  24.000 seats. You will return to the bus through the Arcadian Way, where Mark Anthony and Cleopatra once rode in procession. The visit of Ephesus Open Air Museum takes nearly 2 hours.

The next stop on your tour is the Temple of Artemis (Diana),built in a honor of the Grek Goddess of hunting, wild nature and fertility, Deemed as one of the Seven wonders of the ancient world .The temple of Artemis used  to be  the largest marble temple in the ancient Greek world since  it was four times as the big as the Parthenon in Athens, Greece. The temple served as both a marketplace and religiouse institution. Offerings by thousands of pilgrims each year enable the temple to grow so wealthy that it became the world`s first bank. Today, little remains  of the magnificent structure.Your guide will describe its importance, its wealth and tension that existed between the Romans and Christians that settled in the area over the centuries..

Afterwards, We drive back to Kusadasi.

EXCLUDED IN PRICE
Tipping and Drinks at Lunch